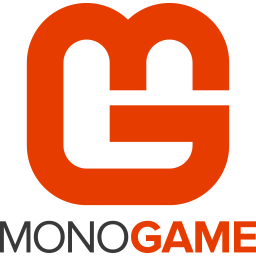 To make it as easy as possible to install MonoGame on Linux and to have content building work right from the start.

This will work on any Debian based Linux Distribution so Ubuntu and Mint are definitely going to work fine.

We need to start by making sure that we have git installed so open a terminal and type the following command:-

and grab the latest version of the install script

Once that command has been completed you should have a new folder called InstallMonoGameLinuxScript change in to that folder with the cd command and there will be a .sh file inside as with anything on the internet you should read through it so you are confident that it does what you expect it to, I did which is why I’m confident that this works as intended. Call the script, because we’re installing new software to your system it’ll ask you for your sudo password then sit back and watch as everything you need to get started writing games in linux is put in the right place. 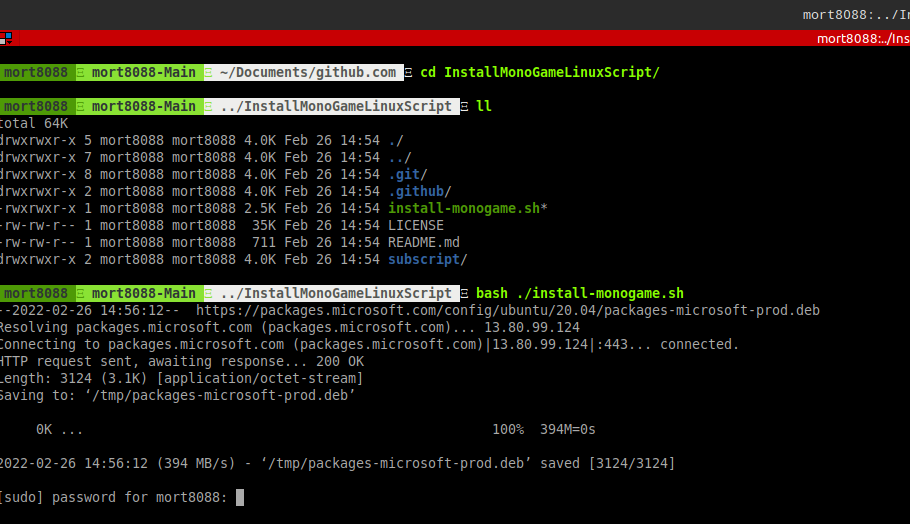 You’ll know that the script is finished when you get your command prompt back. 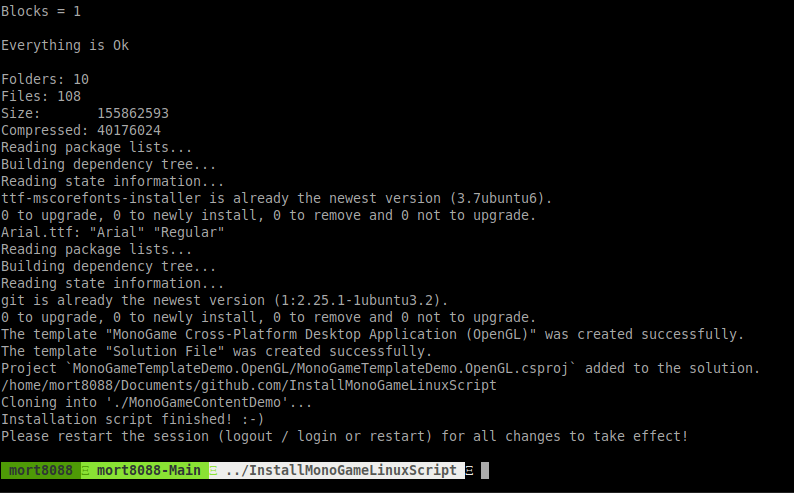 Towards the end of the script, it will create two test projects and run them to demonstrate that everything has worked, you can just press the Esc key to exit from each of them.

Then as the script says it would be a good idea to log out and back in to make sure all the changes take effect.